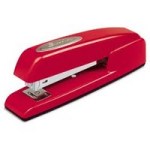 “We need to talk about your TSP reports.”  Office Space—Possibly the best movie ever made. Ever worked for a boss like Lumbergh? Here’s a smart bit of dialog for your Wednesday.

Peter Gibbons: I work in a small cubicle. I uh, I don’t like my job, and, uh, I don’t think I’m gonna go anymore.

Joanna: Won’t you get fired?

Joanna: When did you decide all that?

Peter Gibbons: About an hour ago.

Joanna: Oh, really? About an hour ago… so you’re gonna get another job?

Peter Gibbons: I don’t think I’d like another job.

Joanna: Well, what are you going to do about money and bills and…

Peter Gibbons: Well, I generally come in at least fifteen minutes late, ah, I use the side door – that way

Lumbergh can’t see me, heh heh – and, uh, after that I just sorta space out for about an hour.

Peter Gibbons: Yeah, I just stare at my desk; but it looks like I’m working. I do that for probably another hour after lunch, too. I’d say in a given week I probably only do about fifteen minutes of real, actual, work.

I like to think of Peter as my alter-ego.

Ignoring that I can’t surf, and know very little physics, I like to think that Garrett and I have a lot in common. I already know Peter Gibbons and I do. So, where does this take us?

It may be apparent that I look at EHR from a different perspective than many of others involved in this debate; I’m the guy who doesn’t mind yelling ‘fire’ in a crowded theater. The guy who will never be invited to speak at the HIT convention unless they need a heretic to burn for the evening entertainment. I can live with that.

Like Garrett, I too see an exceptionally simple theory in everything, especially when it comes to improving business. It’s not rocket surgery, but then, it was never meant to be. You’ve seen the people running it, they are definitely not rocket surgeons—before someone writes, I know it should be scientists.

Sometimes I like to look at the problem from a different dementia—Word didn’t have a problem with that usage. I look at the productivity loss brought about by EHR and ask myself three questions:

1. Why do people really believe that retraining the end users will help–training them did nothing good for productivity?

2. Why are many hospitals thinking that scrapping their EHR and putting in a new one will improve productivity?

3. Why are their no major initiatives to recapture the lost productivity?

What do you think?

One thought on “EHR: What questions remain unanswered?”