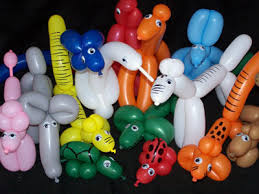 I know it makes you nervous to learn I have been thinking about something as there is no telling what may develop.  Feel free to use a highlighter on your screen if you find anything of interest.

The healthcare large provider business model looks more and more like its designed used to be the woman at kid’s birthday parties who makes animals and things out of balloons.  With the blue balloon she can make a giraffe, a bike from the green balloon, and a hippo from the pink one.

If she’s highly skilled she will build something complex using a number of different balloons.  Let us try to imagine watching her as she sets about to build a riding lawn mower.  With several popped balloons lying at her feet on the carpet she presents us with a green and yellow John Deere mower which used more than a dozen balloons.  Next, disregarding the pacifists at the party, she builds a B-1 bomber.   Her third assignment results in a McMansion with working Jacuzzi.

Balloons started popping and did not stop until there were none left, making it impossible to even save the mower.

Imagine a hospital’s pre-EHR business model as the lawn mower.  What happens next is that same business model is forced to adapt to EHR—like overlaying the bomber onto the mower.  Along comes accountable care organizations (ACOs).  House-bomber-mower.

This makes for an interesting planning exercise.  If we assume, as many have, that the existing hospital business model has been cobbled together over twenty to thirty years, retrofitting it will be no small task.  The problems we are seeing with many EHRs is that if implemented on top of the old business model, the odds for a failed EHR implementation are at least equal to the odds of a successful implementation.  For many, a “successful” implementation is viewed as one where productivity may be down by as much as twenty percent.

To the retrofitted EHR business model hospitals will soon try to implement the Healthcare IT demands of ACOs.  I recommend you first try these using balloons.  It will look prettier when it breaks; and will be much less expensive.

I just read an article in a major trade organization stating “accountable care organizations must encourage patients to participate in the prevention of their care.”  That approach seems counter-intuitive to me, but maybe I am missing something.  Then again, it may all work just as planned.