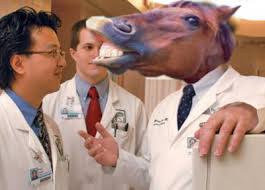 There are three or four basic rules those of us who write should use, unfortunately I do not know them. For those of my ramblings that seem long, it’s only because I have not had the time that is required to make them shorter. This I fear is one of those. I write to find out what I am thinking; if and why you read remains uncertain. All of us learned to write in elementary school—most then moved on to greater things—I remained trapped with the notion that being able to spell words more than one way may one day be regarded as a talent.

I found it is not a bad idea to get in the habit of writing down my thoughts–it saves me from having to verbally rake others with them. Some of my thoughts require little or no thought from those who read them, for the very simple reason, they made no such equivalent demand upon me when I wrote them. My goal in writing, other than to entertain myself is to create a somewhat humorous context to facilitate thinking. As one who enjoys the written word I understand that no urge is equal to the urge to edit someone else’s thoughts, as several of you have done with mine. It sometimes feels as though the best I can hope for in formulating a series of ideas about a topic is to borrow well from experts, those people whose have already made all the mistakes that can be made in a very narrow field. The need to write and share my opinions requires constantly trying to prove my opinion to an audience who may not be friendly, which is why silence may be better–silence is often the most difficult opinion to refute. Unfortunately, trapped inside every consultant is the urge to write; sometimes that urge is best left trapped inside.

Much of the project management office consulting I do comes from having listened respectfully to very good advice, and then going away and doing the exact opposite. In general there appears to be a lack of strategy concerning EHR, making it like trying to jump a chasm in two leaps—it can’t be done. Without knowing what outcome you want to achieve, any path will take you there. This isn’t because the people in charge don’t see the solution—it is because most people have no familiarity with the scope and magnitude of the problem.

Large information technology projects like EHR are often dominated by two types of people: those who understand what they do not manage, and those who manage what they do not understand. If we are being honest, the end product of project management is making it more and more difficult for people to work effectively. It’s sort of like why we don’t allow horses do medical procedures—it would probably take way too much training. I think that many EHR projects are ineffective because those leading the charge attempt to rely upon reason for answers, thinking, “If we know one then we know two since one and one are two”.

To make the EHR efforts more effective, I humbly suggest we need to learn much more about what constitutes the “and”.

EHR technology makes it easier to do a lot of things, but some of the things it makes easier ought not to be done. The only reason to have an EHR system is to to solve specific business problems within the organization. Getting EHR to do want you want it to is ninety percent mental–the other fifty percent involves voodoo. If you don’t make mistakes during the process, you’re not working hard enough on the problem—and that’s a big mistake. Need I say more? Any complex system that works almost always comes from a simple system that works. The corollary is also true, if the current paper and manual records system didn’t deliver best practices, how can the more evolved ones be expected yield best practices?  EHR alone won’t make you better, it will just make you automated.

Success is a much more likely outcome when one builds upon success. Most EHRs have enough technology to handle anything that comes up, unless a provider forgets that the EHR is just a tool.  It took human error to create the problems we have with our health records processing.  Why then are we so quick to think that technology will fix them?

Misery not only loves company, it insists on it. That is why having a competent project management office (PMO) plays such a dominant role in the success or failure of the EHR. When the circumstances turn extraordinary, as they are in today’s economy, extraordinary measures are required. Plan, take time to deliberate, and when the time for action has arrived, stop thinking and get after it. The important thing to remember in deciding what action to take is not to search for new data points but to discover new ways to think about the ones you have. The direction of am EHR strategy may have limits, but perhaps it says more about the limits of imagination and common sense instead of the limits of what is possible. And remember this basic rule, when assessing common sense and imagination, always round up.

I’m not always disgruntled about that which I write, but I’m often far from gruntled. As graduate student I aspired to a stable job, I craved factual certainty and the respect of my peers—so I became a consultant. I soon learned that this is like wanting to be a vegetarian so you can work with animals. The only job I was fit for was consulting. This notion rested on my belief that I was not suited to work nine to five, and that consulting wasn’t quite like working. One of the nice things about consulting is that putting forth absurd ideas is not always a handicap. The good news is that consultants, when addressing things outside of their expertise are just as dumb as the next guy. I’ve always believed that being honest with my clients is the best policy—does that mean that if I chose to be dishonest I would be using second best policy? Oscar Wilde said, “If you want to tell people the truth, make them laugh, otherwise they’ll kill you.” That’s my hope with these little musings. Remember, we’re all in this alone.

The preceding was a pilfering of quotations.