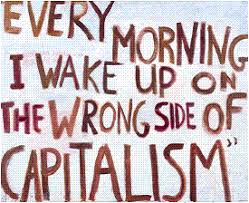 Dirk Stanley posted this link from the NY Times about the death of the public option.

Now, we can either bemoan this or we can try to lead.  Here’s my take on how to strat the discussion.

To insure the uninsured we don’t need a public option.  When poor people were denied access to banking and credit, the government did not create a public bank.  It regulated the banking organizations and made it illegal for them to redline the poor.

Can we not regulate the payors in the same fashion, requiring them to insure the uninsured?  Were not Medicaid and Medicare created in part because payors relined the elderly?

The government requires everyone to have automobile insurance, placing the onus on the individual.  Why not flip it?  If the goal of reform is to get people access to healthcare, which under the existing business model implies insurance, require the payors to provide it.  The government can subsidize the payors, or pay it in full, and it can do so without adding to the bureaucracy of further entitlements via a public option.

To me, two other ideas make much more sense, one of which I’ve previously offered.  Large groups of people are without insurance or are under insured.  The government wants them to have access to medical care.  As stated above, the government already created two agencies to address this problem, Medicaid and Medicare.  Why create a third?  Can’t those people be added to the two existing agencies?

The other idea may be the same, but if implemented differently, could streamline the processes and the cost.  Make the cost of the coverage to those groups an offset against whatever tax they would owe.  If it costs ten thousand dollar to insure a family of five, offset it against their income tax obligation.  Net net its’ the same cost whether you collect it and refund it or simply don’t collect it.  Give these families so sort of smart healthcare debit card, the government owns the account, and all healthcare providers can accept it for payment.

Sure, there is unlimited fraud potential, just like there is under any other option.