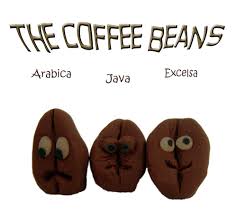 As I was walking through the store, I spilled the coffee on the floor…

Two pounds of Sumatra espresso beans; dark roast.  I set the grinder to the finest setting, and without batting an eye, I dumped the two pounds of beans into the one-pound grinder hopper—should have batted an eye.  For those who may be wondering, coffee beans sound similar to hail hitting a window as they spill on to the floor.

The tool I was using did not have the capacity to do what I needed it to do.  So not only was the job not done, I had created quite a mess for myself.

This is a lot like EHR and ICD-10 only without the aroma—trying to complete a two-pound task with a one-pound tool—under scoping the problem.  Implementing the application accounts for about fifty percent of what needs to be done for either solution to be effective.

What is in the other pound, what bits are consistently underestimated?

Sometimes it is better to just stick with drinking tea.