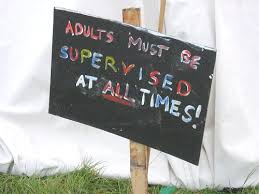 Not long after graduating with an MBA from Vanderbilt, I returned to Vandy to interview job candidates.  With me, was my adult supervisor, the VP of human resources—a stunning older woman; about thirty-five.  At dinner, she invited me to select the wine.  Not wanting to appear the fool, and trying to control my fawning, I pretended to study carefully the wine list.  Not having a clue, I based my selection entirely on price.  I had little or no knowledge of the subject; nonetheless, I placed the order with all the cock-sureness of a third-grader reciting the alphabet.

A few moments later Wine-man returned with a bottle, angled it towards me, and stood as rigid as a lawn statue.  After a few seconds my adult paused and motioned my attention towards Wine-man.  I remained nonplussed.  “You are supposed to tell him that the bottle he is holding is the one you ordered.”

“He knows it is what I ordered, that is why he brought it.”  I thought they were toying with me.

A few seconds later there was a slight popping sound and then Wine-man placed the cork before me on my napkin in a manner similar to how Faberge must have delivered his fabled egg to Tsar Alexander III for his wife Empress Fedorovna.  They were both staring at me, not the Tsar and the Empress—Wine-man and my adult.  “You are supposed to smell the cork.”  And so I did.

“If it smells bad, it means the wine may be bad.”

To which I replied, “This is the Opryland Hotel—have you seen the wine prices?  They don’t sell bad wine.”  She nudged me with her elbow.  I could tell I was wowing her.  I smelled the cork.  “It smells like a cork,” I whispered to Wine-man.  He smiled and poured a half inch of wine in my glass.  I thought he was still pulling my lariat.

I looked bemusedly at the mostly empty glass, held it out to him, and asked him if I could have some more—I was thirsty.  Rather than embarrass me further, with a slight nod of her head my adult instructed the Wine-man that my sommelier class was over—any further proof of my inadequacies would be of limited marginal value.  Any chance that we would have gone dancing later that evening was about as flat as the wine.  I should have ordered a beer.  I was good at beer.

For those who are still reading, if you are wondering if I am actually going to make a point, here it comes.  I’m not fond of segues, so don’t blink.

Sometimes, a little guidance is helpful—even if it has to come in the form of being led around like camel with a ring through its nose.

Often, what is important in a leader is having the knowledge and temerity to ask the right question.  In business it is often the case that the number of executives with answers may exceed the number of executives asking questions.  Value is often measured by scarcity.   Good, challenging questions are often in short supply.  So are leaders who do not require adult supervision.

Pretty simple things.  The right things usually are—like knowing what to do with the wine cork.