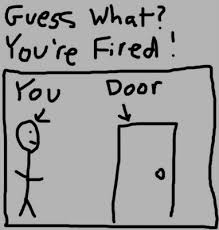 I was reporting to the board—or bored—sometimes it is the same.  The mission: figure out what was wrong, and then fix it.

I spent weeks talking to everyone from the executives to the receptionist.  I interviewed patients and physicians.  The doctors were not happy, the patients less so.  Costs were up, charges were down, and quality was down.

Of all the gin joints in all the towns…

The problem was easy to decipher.  I presented my findings.

“What do you recommend?” asked the chair of the audit committee.

I tried to look lost in thought.  “I fired Winston,” I replied.

“Winston was where it all led; quality, cost, satisfaction.  Winston was responsible for the failures.”

Several members of the board nodded, and spoke among themselves.

After several minutes I jumped back into the fray.  “The more I think about it, the more I think Winston may be salvageable—not in the same role but somewhere else in the organization.  The employees really like him.  Besides, it’s the holidays.  Do you really want to be the reason Winston is not able to buy presents for the kids?”

The board held an in camera discussion.  “Agreed.”

Who are your Winstons?